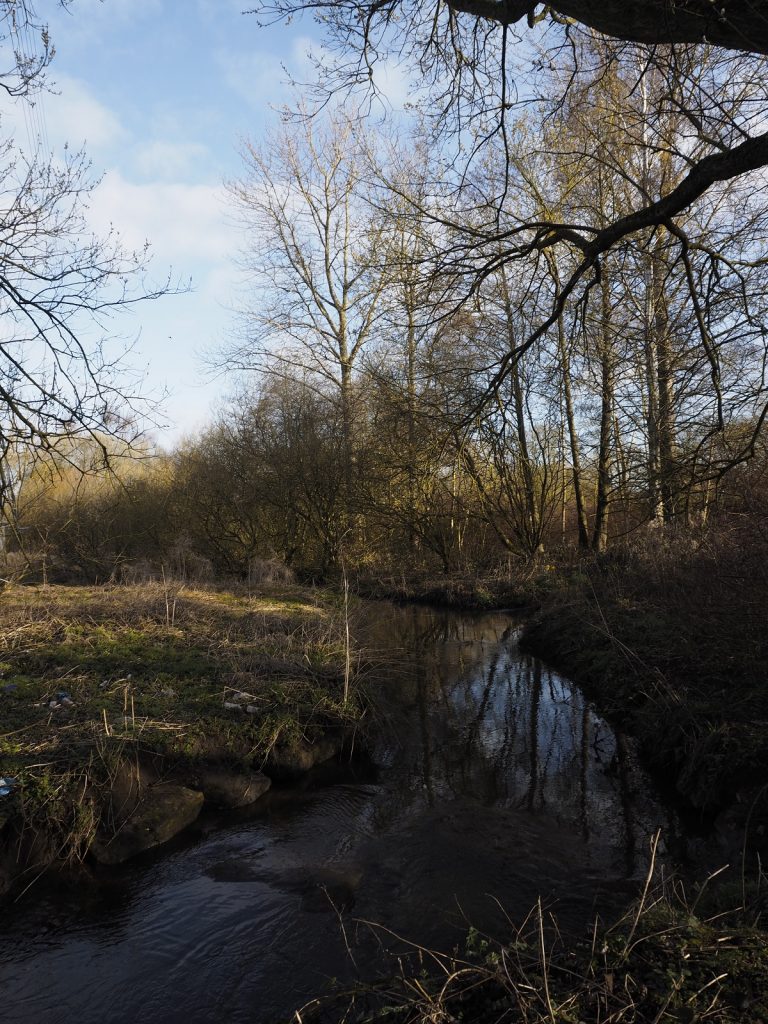 A site in the north of Stoke just off the A53 Leek road containing woodland along the River Trent as well as supplementary areas of amenity grassland. The Caldon Canal forms the westernmost boundary overlooking the site.

The grassland exists on a small plateau, either side of which the Trent and a small tributary flow, meeting at the southern tip of the grassland, the Trent and it’s tributary are only small watercourses at this point, in stream habitat is fairly poor with little diversity in flow likely as a result of past channel engineering.

Riparian habitat differs along the watercourse at this point, bankside trees create varying and diverse shading patterns, while more exposed areas are subject to tall herb growth, particularly Bramble (Rubus fruticosus agg.) and Himalayan Balsam (Impatiens glandulifera). Further downstream at the southern end of the site, the river runs adjacent to a residential property where a small weir is present, it is unlikely that this structure will be able to be removed without causing an impact to the adjoining property. The small tributary was generally more heavily wooded than the main channel with lots of shading from adjacent bankside trees and also appeared to have a higher presence of invasive species, including Japanese Knotweed (Fallopia japonica). Several large boulders have been positioned in the stream at one point possibly to act as a crossing point, water is still able to flow round them and they are providing some interest to flow diversity however they is no real contribution to any natural river flow nor any sediment sorting. Dense scrub and tall herb growth was noted alongside the river when crossing the A53 bridge creating very heavy shading and almost completely obscuring the watercourse.

Woodlands on site appeared to be natural in origin however some of the trees closer to the paths are likely to have been planted. Species composition was generally made up of Willow species in the riparian areas, some of the larger crack willows (Salix fragilis) had split and shed large limbs. A mixture of other native species were present throughout the rest of the woodlands. There were some significant patches of scrub growth mainly consisting of Dogwood (Cornus sanguinea).

The area of amenity grassland was species poor and intensively managed with only a very limited suite of species present. 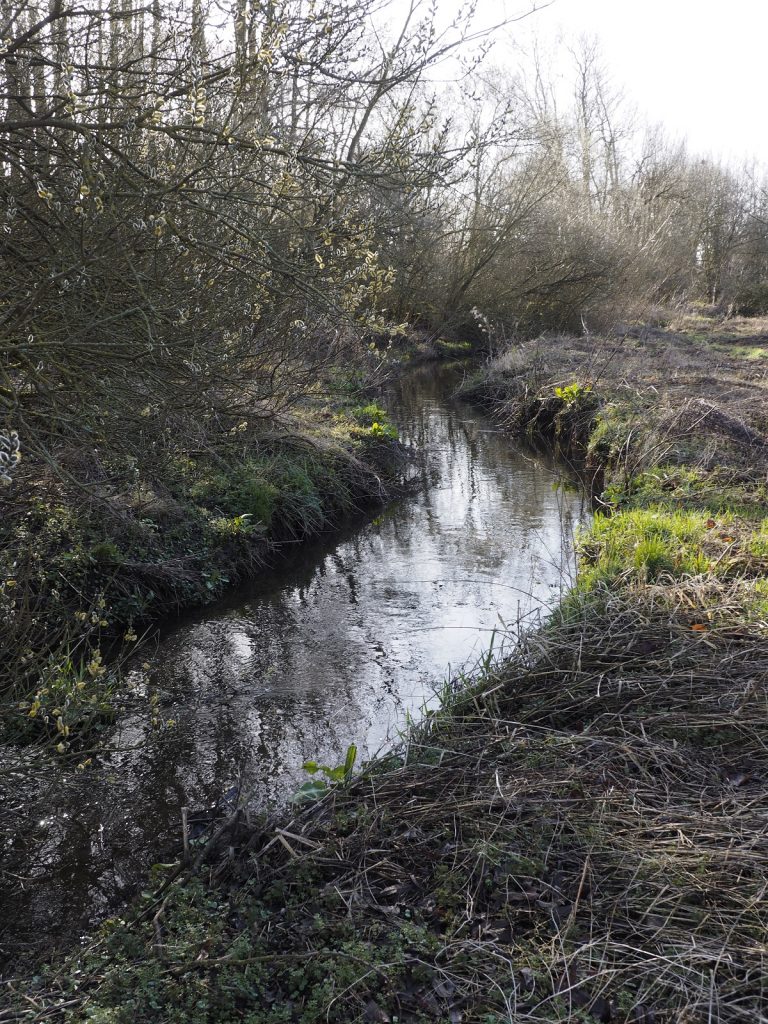 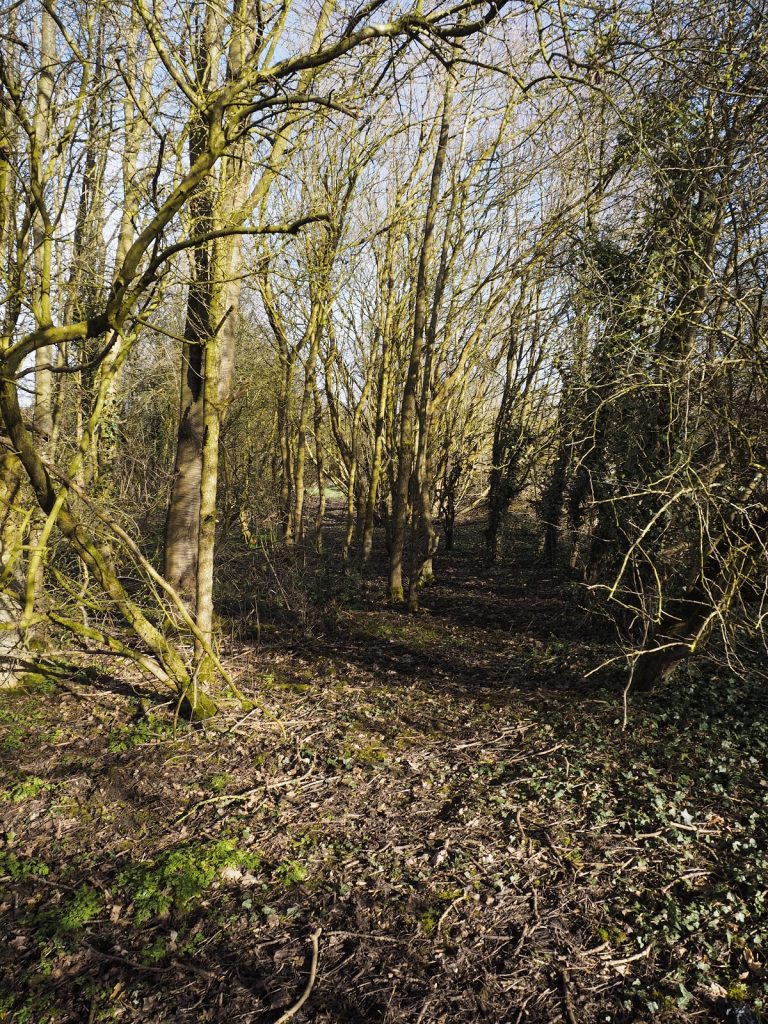 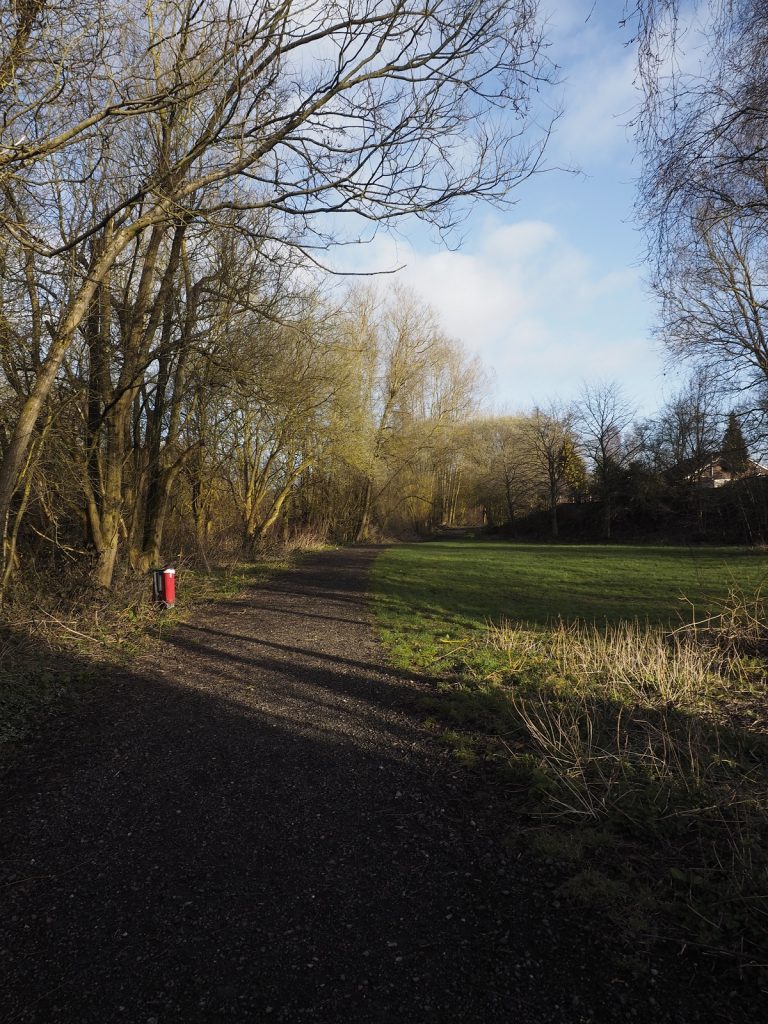 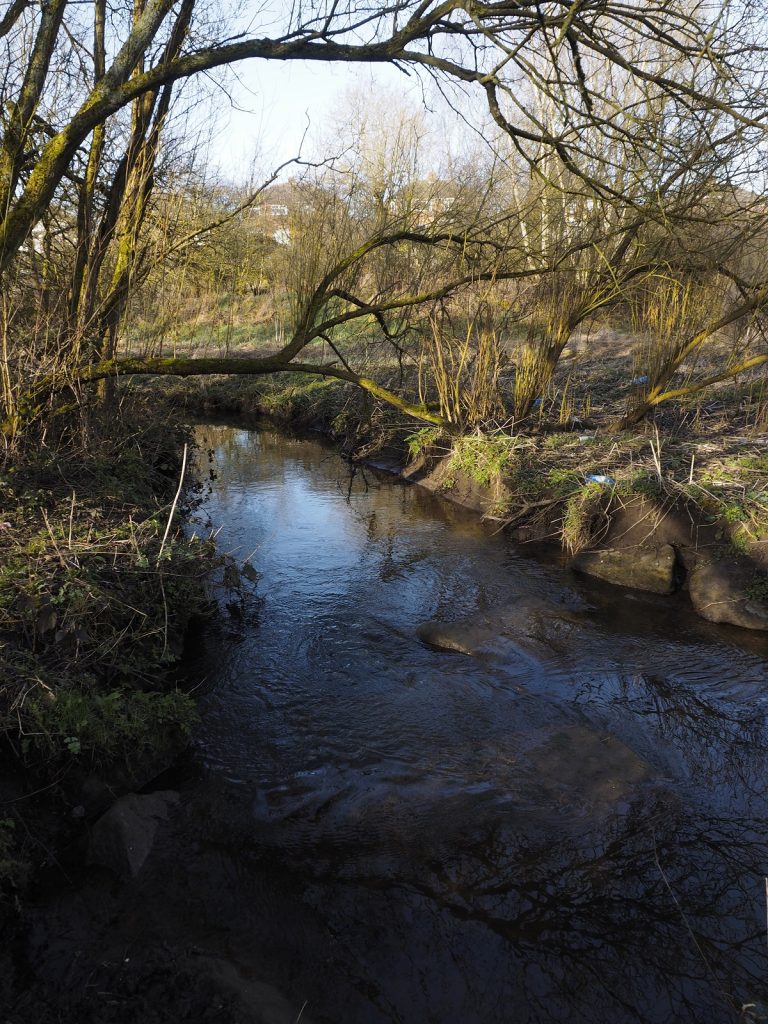 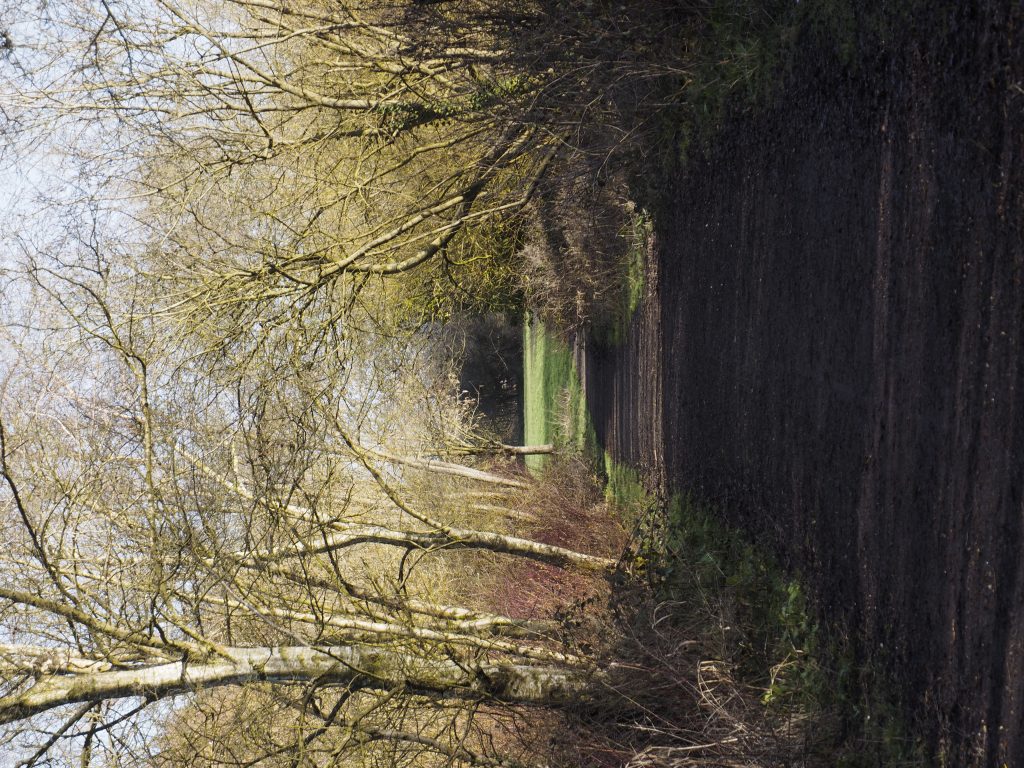 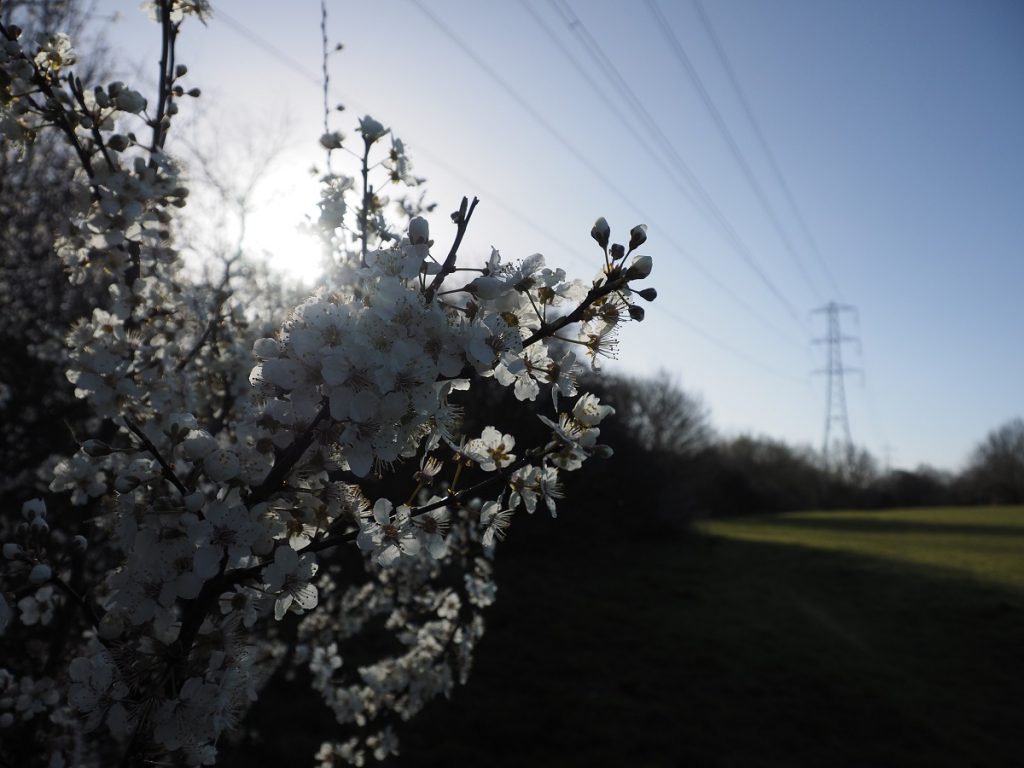