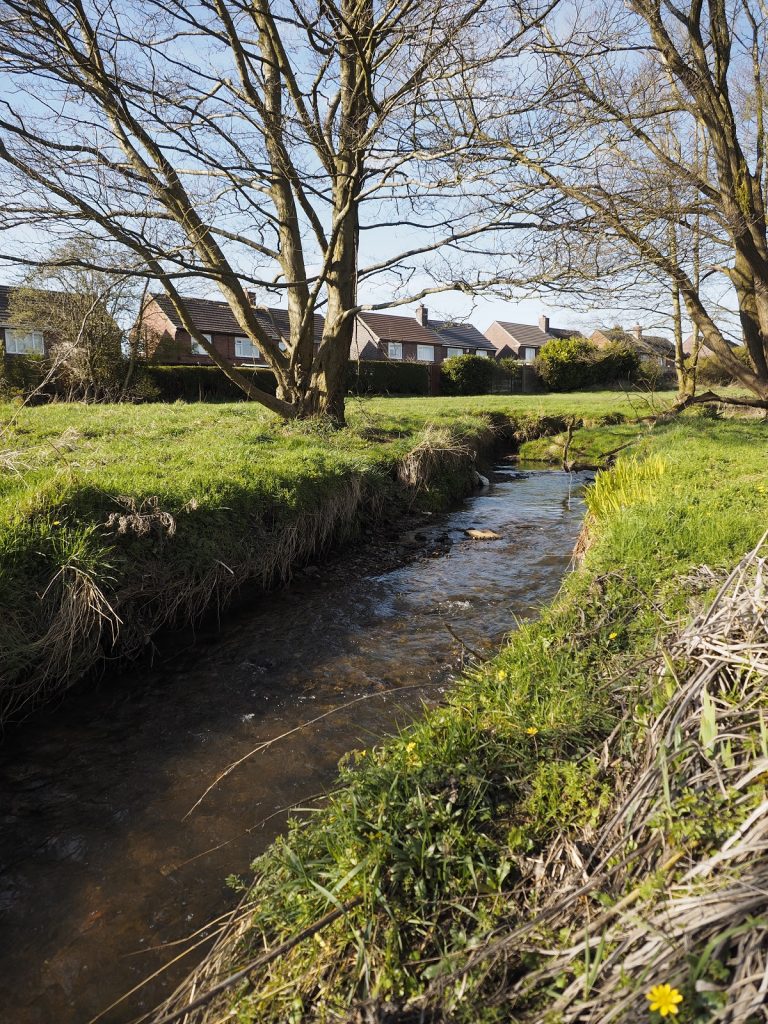 The Causeley Brook runs through the east of Stoke, to the north of Bentilee and south of Bucknall, eventually forming a confluence with the River Trent near Berry Hill. The brook flows in a relatively natural channel from its source to the confluence of the River Trent. The majority of the length of the brook channel within the project boundary is natural. There is a varied tree cover throughout the brook channel, some areas support a dense tree canopy, whereas some stretches have very little tree cover. Some sections of the brook are sunken with the land on either side much higher than that of the channel itself, extensive tree and scrub growth in these areas is casting heavy shade. The brook still maintains its diversity despite being confined to this steep channel with extensive meandering and reasonably diverse flow structure and good sediment sorting as well as natural flow alteration from woody material build up.

One large outfall with a trash screen is present near Fenton Road which is possibly coming from the neighbouring housing estate, the brook is at its least natural in this section with one bank consisting of a tall brick built wall.

Narrow stretches of grassland flank the banks of the brook on both sides throughout the length of the project area with a variety of different management programmes. Some areas are managed for amenity purposes and some sections have a more naturalised and less intense management regime (see Appendix 2 for full grassland species lists).

There are several sections of grassland throughout the length of the catchment which are not intensively managed and only support speciespoor grassland dominated by grass species (see Appendix 2 for full species lists). There are sections of more species-rich grassland adjacent to the brook which support species indicative of wetter conditions.
Extensive discarding of litter is evident at one point along the brook where a large amount of cans and other domestic refuse have been tipped into an area of wet woodland.

A number of stands of invasive Himalayan Balsam (Impatiens glandulifera) are present alongside the brook throughout the entirety of the site. 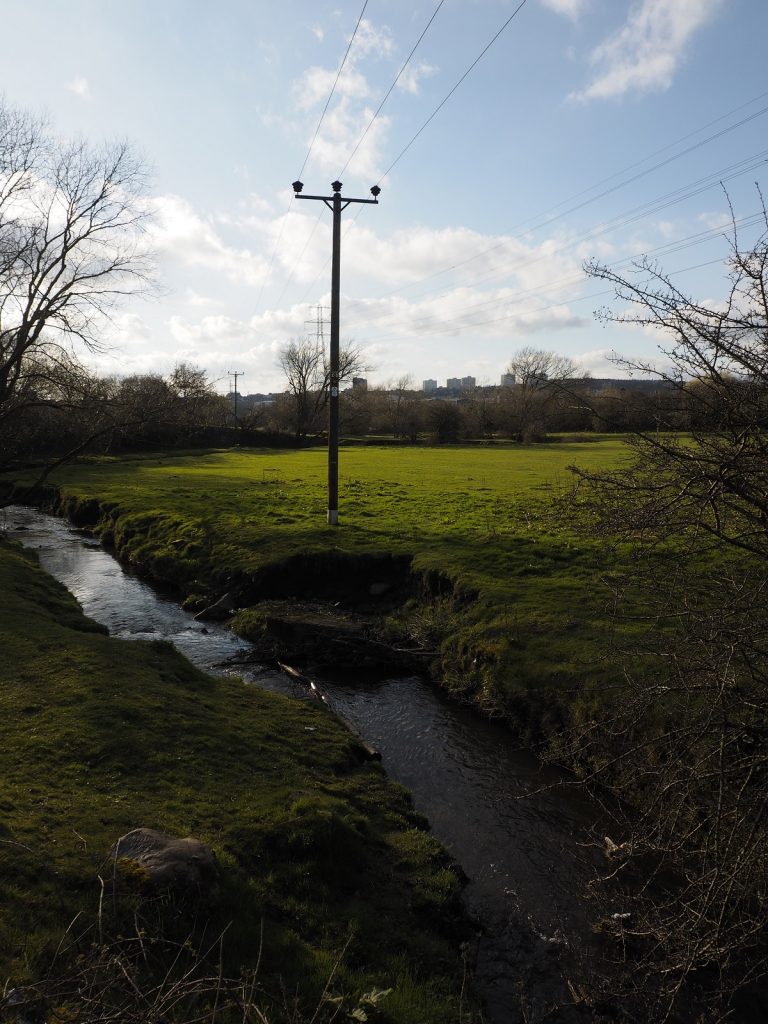 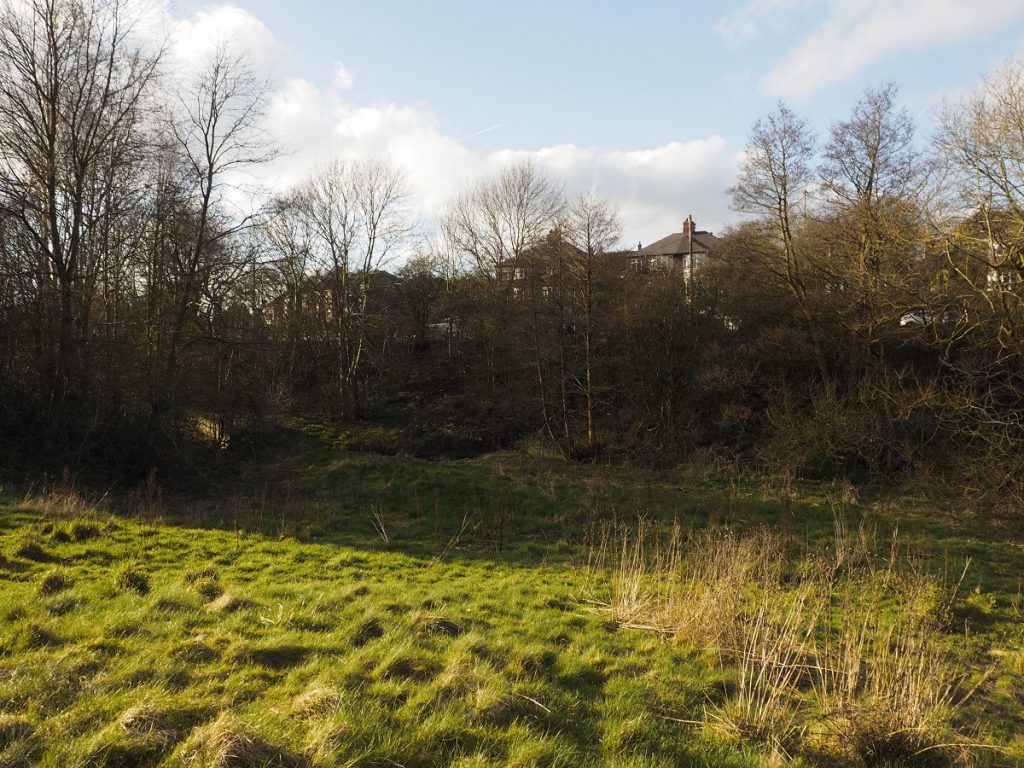 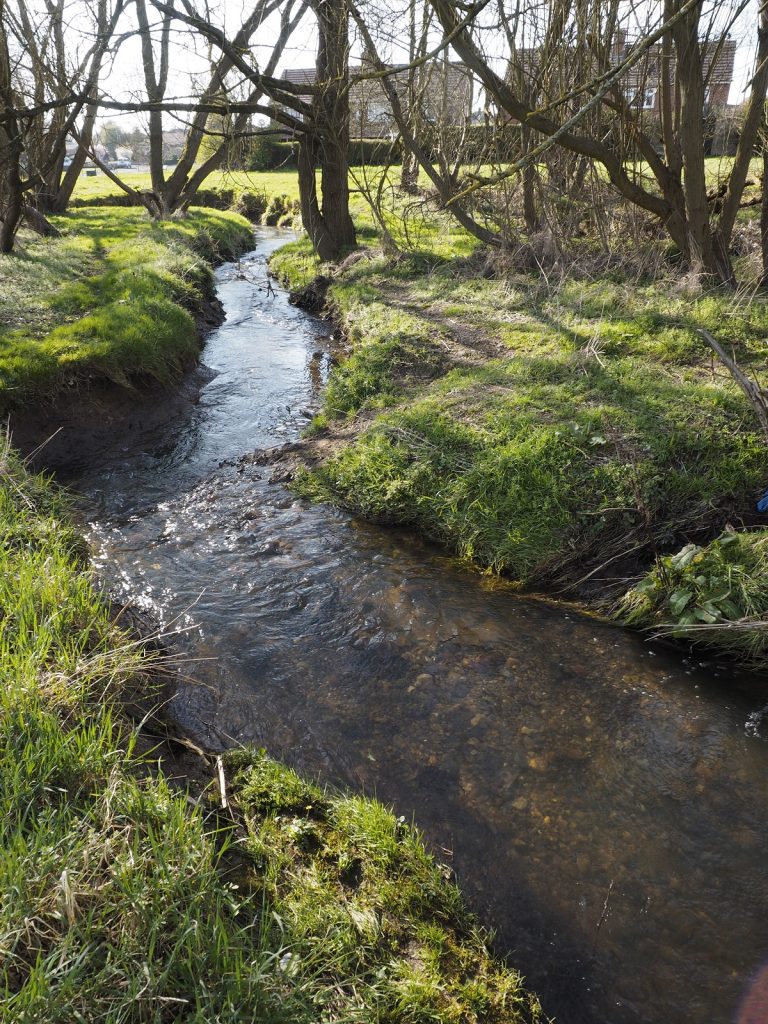 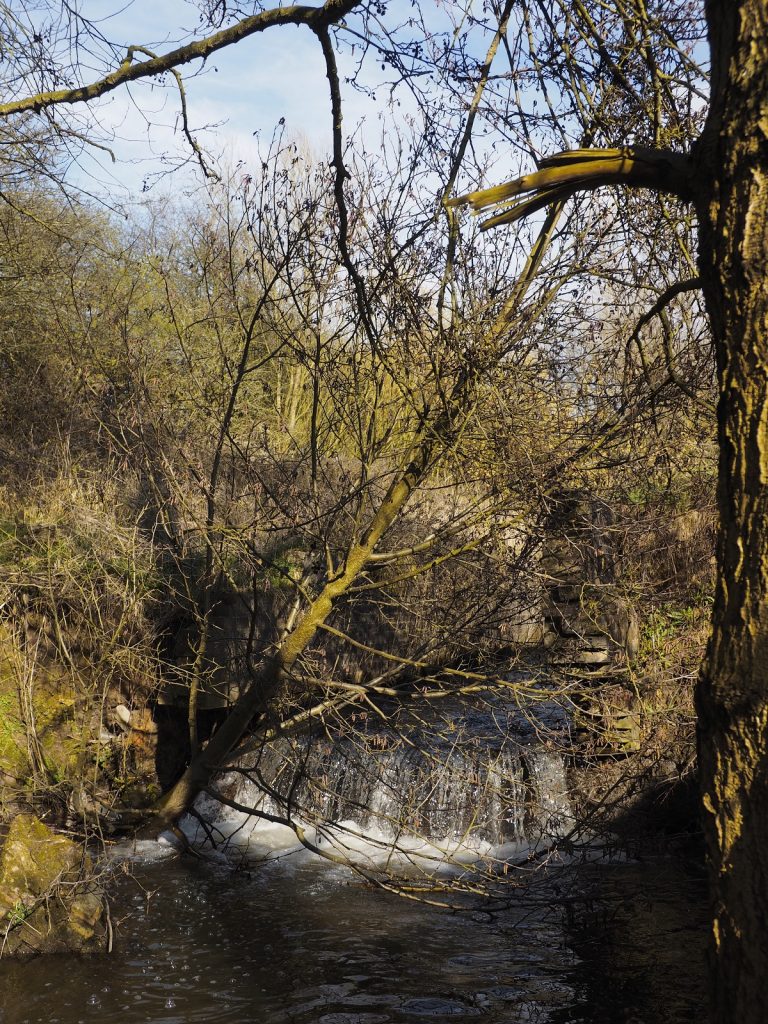 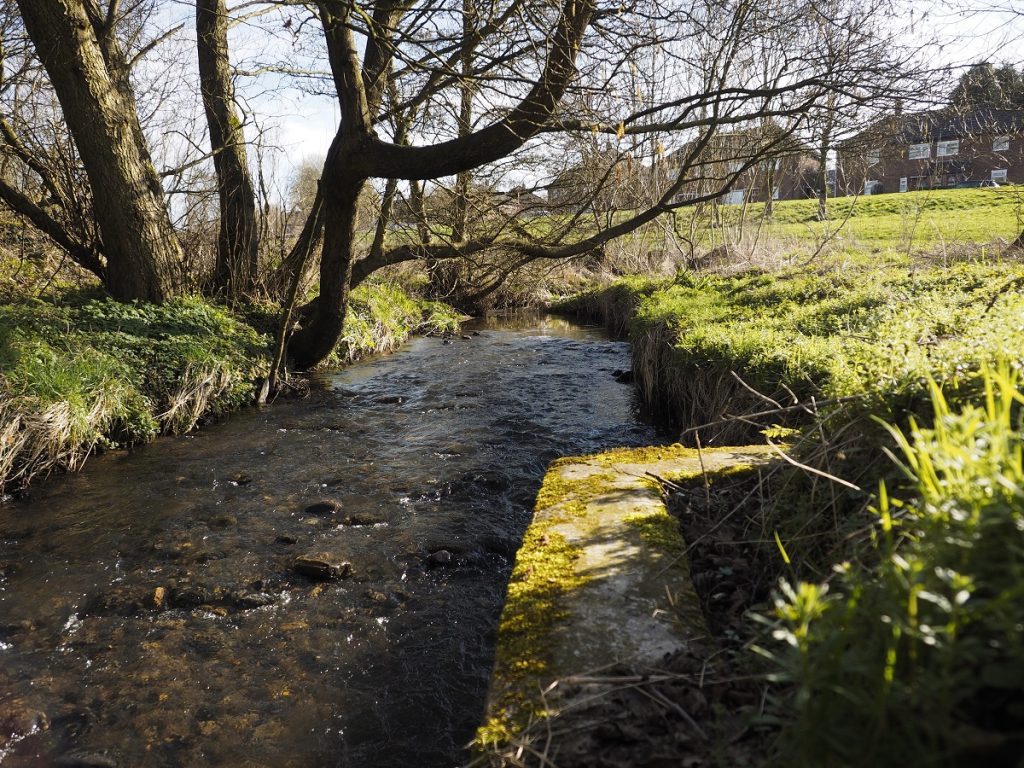 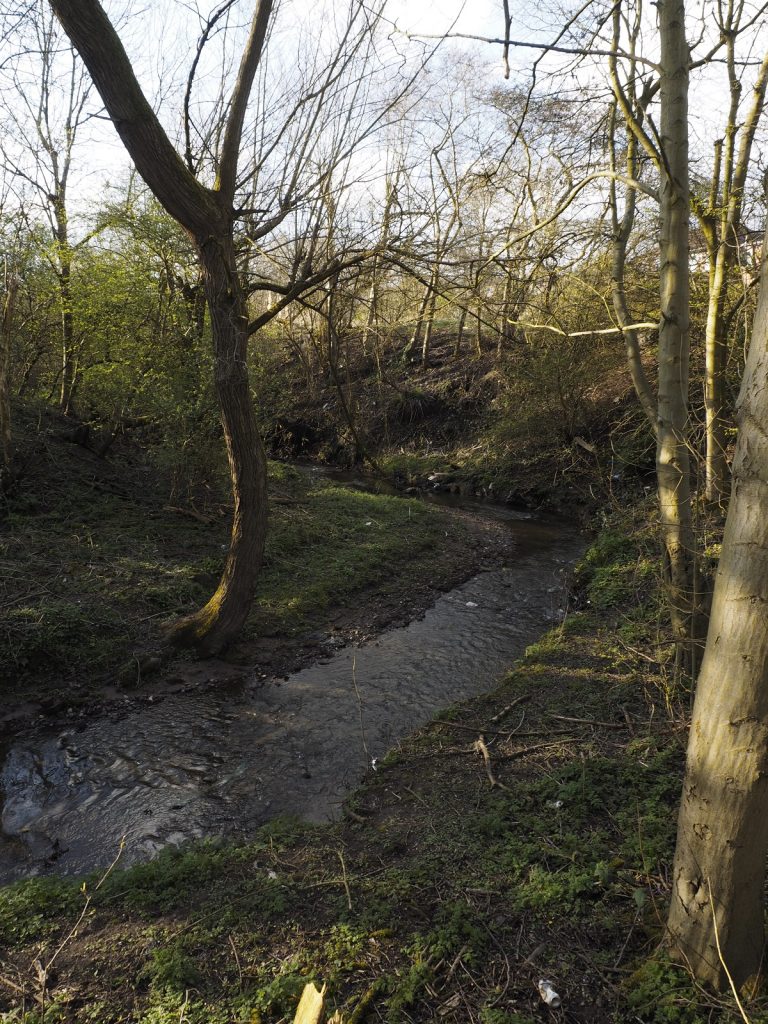 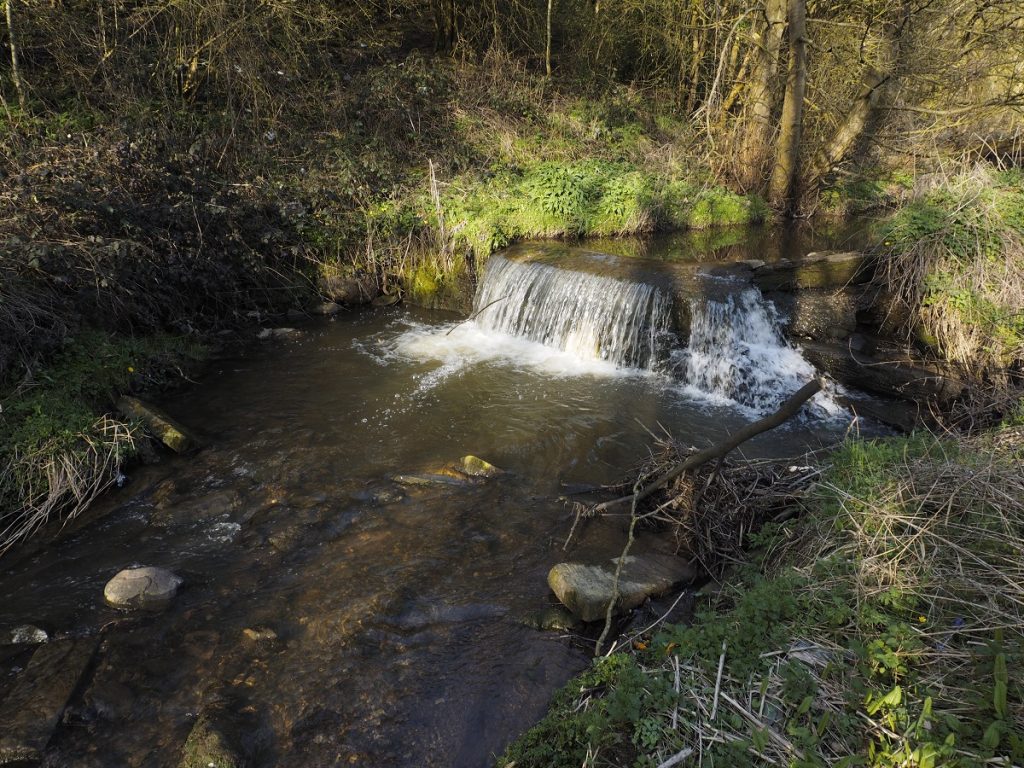 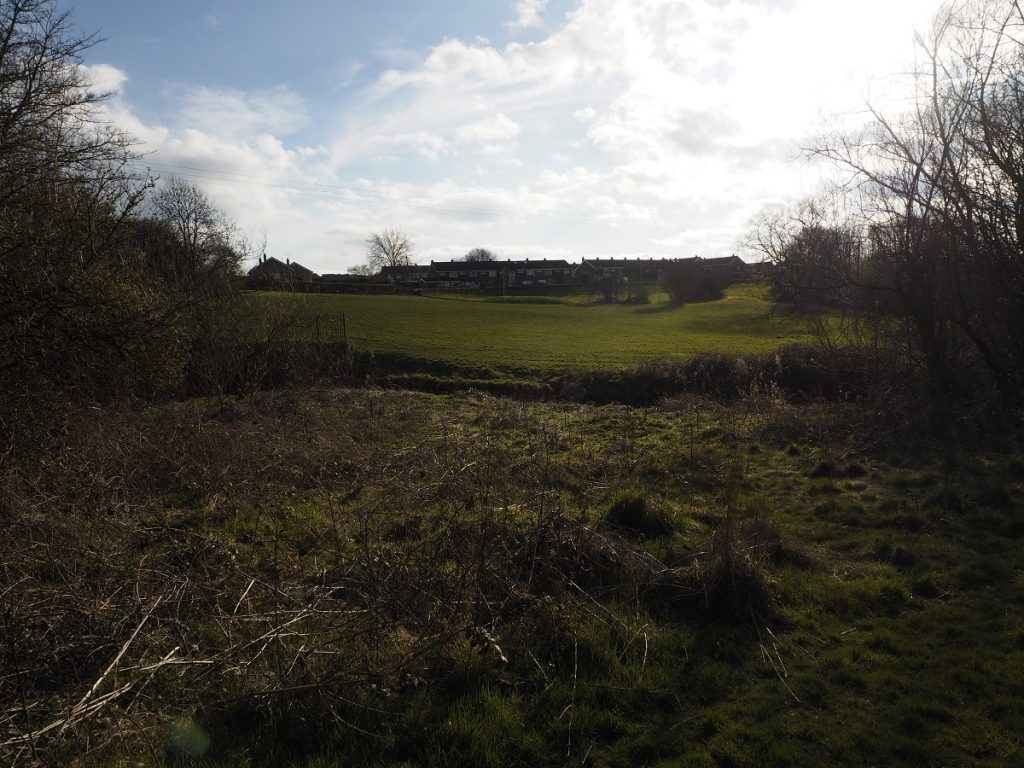 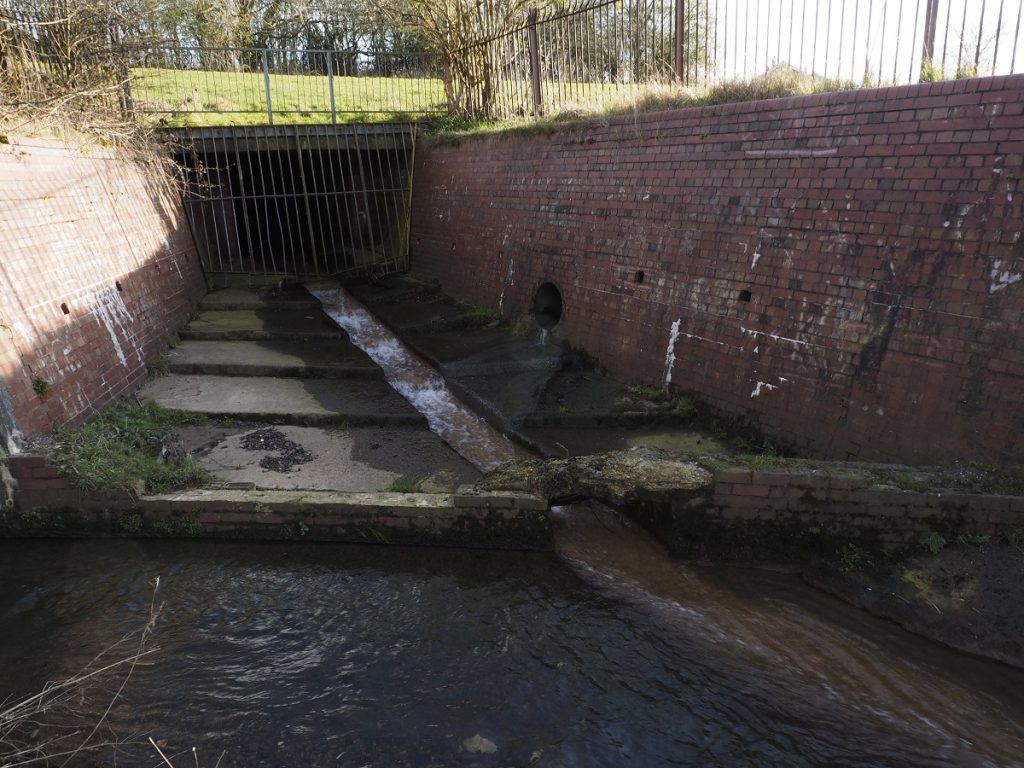